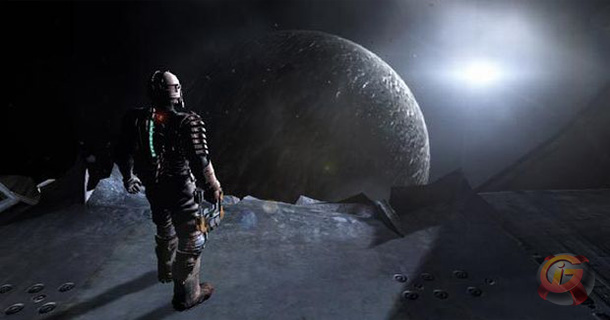 The first question out of people’s mouths when you mention Dead Space 2 is “is it scary”. The short answer is yes, yes it is. However the long answer which I will elaborate more on further into this review is that it’s as scary as you want it to be.

Isaac Clarke is back to dismember some more Necromorphs, and the Necromorphs are back to dismember Isaac…it’s a vicious cycle. Dead Space 2 made its long awaited debut this month, a few years after the original Dead Space took the survival horror genre by storm. As is the case with most sequels, many fans of the original were excited but worried that the second game in the series wouldn’t be able to live up to the first. Well Dead Space fans I’m happy to report your fears are (mostly) unwarranted, unless your fears pertain to Necromorph attacks, in that case they are completely warranted.  Dead Space 2 improves on several aspects of the original and leaves many aspects unchanged, making for a very solid but sometimes repetitive experience. This review will focus mostly on the changes between the two games so if you’re unsure of what I’m talking about check out Dead Space, or some of it’s reviews.

We begin Dead Space 2 with Isaac experiencing severe trauma from the events of the first game, as evidenced by the straight jacket you will find yourself wrapped in. I make it a point to avoid spoilers as much as possible so I will simply the say the opening of Dead Space 2 is one of the most intense and captivating openers for a game that I’ve seen, and it’s trial by fire.You are thrown into the fray immediately in Dead Space 2, so players who have already played Dead Space will feel right at home, others not so much. The learning curve however isn’t huge and after a few enemy encounters you will know what’s expected of you. The core game mechanics are entirely unchanged which is slightly disappointing considering it’s been almost 3 years since the original Dead Space. The only way for Isaac to defeat the Necromorphs (monsters who were once human) is to dismember their limbs until they stop moving. It’s a huge improvement over the typical “shoot it till it dies” game style but it’s not as a fun as it was in Dead Space simply because back then it was new. You collect credits to buy items from the store and you can spend your power nodes that you find along the way on upgrading your weapons and armor. The game’s major fault is that it’s extremely linear, and although they did throw in a new game plus mode, which you can use to carry over your armor and weapons, the game is extremely straight forward. Almost all of the weapons from the original make a return and some of the new ones while cool didn’t seem as useful as my Plasma Cutter (the first weapon). Also the stomp attack used to dismember enemies and save ammo has been enhanced to make it quicker but it serves the same purpose as before and the new impalement mechanic in which you impale enemies using telekinesis is usually more complicated than simply shooting an enemy. This all results in combat that is still fun but I would have appreciated some new combat strategies instead of the shoot the legs then stomp the arms system that I used for the majority of both games. It’s still satisfying to take down the Necromorphs but halfway through Dead Space 2 I was in a rhythm that didn’t warrant me switching it up and the challenge wasn’t there anymore.

I will say that Visceral Games deserves a huge amount of credit for the in game action sequences, such as the train scene (you’ll know what I mean) and the sequences involving the Tormentor, which are pulse pounding and unlike anything found in the first game. This is where Dead Space 2 shines the most as the production value here is fantastic. The main thing one might notice when booting up Dead Space 2 is that the graphics, sound and cinematic moments are far improved over the original. Isaac actually has a voice in this game and no longer blankly stares in silence as a giant monster tries to eat him. You’ll hear genuine emotion from him depending on whats going on and I found a lot of times it really enhanced the experience to have Isaac build some sort of personality. Isaac will cuss while fighting enemies, breathe heavily while walking down a creepy corridor and express frustration when things go wrong, which creates a great sense of connection with the player. The world around Isaac is also greatly improved, as you will encounter a greater variety of environments as you are no longer confined to a ship, and the sound design and detail are extremely impressive. The various locations you travel through are full of background noise and shadows to keep you on edge. Noises such as monsters rustling through the vents, people behind doors crying, machinery and other sounds coupled with the gore and violence, created a true sense of engagement in the game, and I found that between watching the shadows and listening to the various sounds around me I was in a zone few games have been able to create.

Unlike most Survival Horror games Dead Space 2 does come with a multiplayer mode. The multiplayer is basically Necromorphs vs Humans and isn’t really anything that will keep gamers coming back, the fact that you do get to play as some of the games gruesome enemies does make for an interesting change of pace. True die hards may find some lasting appeal in it, but I didn’t think enough of it to come back after my initial experience.

So I reiterate the question I am most commonly asked about this game: “Is it scary”. As I mentioned earlier Dead Space 2 is as scary as you want it to be. I assume you have some interest in horror games if you’re reading this review so you probably have it made up in your mind already if these types of games scare you. However in my personal opinion, Dead Space 2, when played in the right environment is by far the scariest game I have played. This isn’t FEAR where something occasionally pops up and says “boo”, this is a meticulously designed setting that is designed to play with the senses. If you take your time to trudge through this game, to stop and take in all the sounds, to appreciate the situation and dire consequences that Isaac is in, it’s an experience no other game can offer. I truly felt helpless and alone for large portions of this game, worried about what other abomination would be right around the corner or if I was going to run out of ammo or health, every sound made me jump and I felt as though I needed to watch my back. That being said if you run through the game like a maniac guns blazing you could probably finish it without breaking a sweat, but where’s the fun in that? I guess you could claim you finished the game but trust me playing with the lights on and volume low would be cheating yourself of an intense experience few games can offer.

Like a good horror movie Dead Space 2 is best played in the dark, with the surround sound cranked, and maybe even a buddy in the room to watch your back, so long as he/she  appreciates the game the same way you do. If you’ve got the guts, rent it or pick it up, you won’t regret it.

Graphics: Dead Space 2 looks fantastic, the animations are great and the set pieces are much more varied and detailed than the original, although some areas seem ripped right from the first game.

Sound: Dead Space 2’s crowning achievement may be the sound design. You will notice sounds and background noises more than in any other game. Also while sparse the music increases the tension quite well.

Game Play: The combat can become stale, but there are enough scare moments and violence to encourage progress.

I really wish I was a better Starcraft II player. …