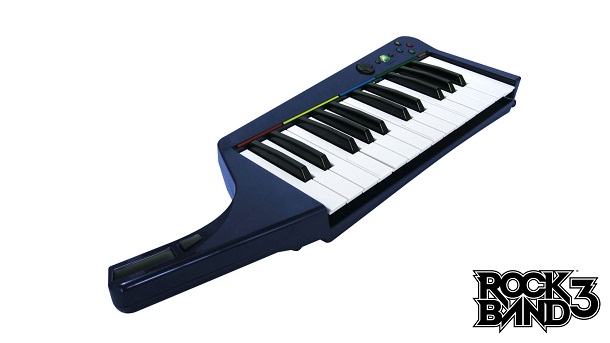 “Agreement terms” seem to be the keywords for the lack of keyboard bundle coming to North America alongside Harmonix’ Rock Band 3. Unfortunately, PlayStation 3 gamers won’t be given the option to purchase the Rock Band 3 keyboard bundle, in North America at least. In a post to its official message boards, Harmonix confirmed that the bundle will not be offered in the region, though European PS3 gamers will not be affected by the move.

“You may have seen that retailers have taken down the Rock Band 3 keyboard/software bundle pre-orders for PlayStation 3,” the developer wrote. “Unfortunately, this SKU will not be available in the US (including Canada and Mexico) due to the agreement terms for the region. However, Mad Catz and MTV Games are working with those retailers that accepted pre-orders to enable them, if they choose, to honour those pre-orders placed prior to this change as soft bundles (separate discs and keyboards), at pre-order pricing. These retailers will have more details shortly.”

Harmonix did not elaborate on the “agreement terms” at issue in North America. The studio did reiterate that PS3 gamers will still be able to purchase the PS3 edition of Rock Band 3 ($60) and the keyboard ($80) individually. Harmonix also noted that the Xbox 360 and Wii versions of the $130 bundle remain unaffected.

Rock Band 3 will be available for the Xbox 360, PS3, and Wii on October 26. A separate DS edition will also be available on the same day.