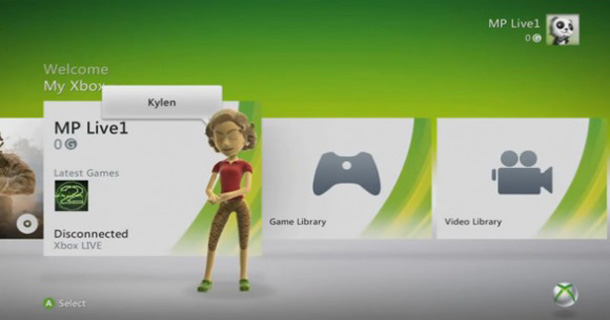 A little before Kinect is set to hit the shelves on November 4th, Microsoft plans on rolling out the Fall Update to Xbox Live that is going to be packed full of features. Better yet! if you signed up for the preview program then you will get to use the new dashboard even sooner!

Although, that shouldn’t come as much of a surprise, even without the numerous leaks, the fall update has been a tradition of the almost five-year-old Xbox 360, and the company devoted a large chunk of its E3 2010 presentation to talk about the biggest additions. That includes Netflix search (which is now useful in Canada), Zune music, and an entertainment hub for ESPN (you may have heard of them). Here is the break down of the features:

The Dashboard
The biggest change with the Xbox Dashboard, and arguably the biggest since the New Xbox Experience debuted in 2008, is with panel presentation. They no longer made the panels large and unfriendly to navigate, with this new update they took it even further and made dressing up your avatar even easier by putting a lot of focus on your avatar (in large view) and giving all the options in front of your face. Also, as we saw briefly on the Featured tab (with an advertisement, of course), Microsoft allows for full-motion video presented even on non-highlighted panels. 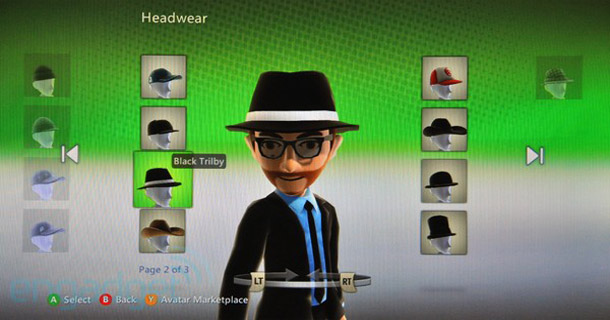 Don’t you just agree the navigation seems as if it’s just easier to navigate?

Netflix has been an enduring staple to the Xbox 360’s entertainment side, and for a long time one of the biggest non-gaming reasons to pick up the console. The only problem was that you still needed another device altogether to explore the library, as the software limited you to a pre-selected array of films (organized by category) and what was already added to your Instant Watch queue. Thankfully that’s all been changed with this update. 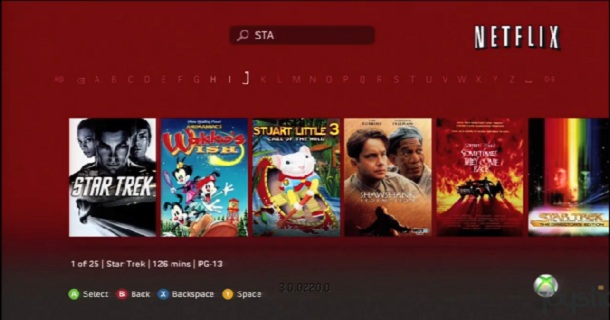 In addition to eschewing cascading navigation in favor of something on the same plane of depth (notice a trend here?), search has now has been added. It works well, opting for a line of letters instead the classic Xbox 360 virtual keyboard, and the results update with each letter added. If a selection isn’t available to watch instantly, it’ll still show up on the list as “DVD Only” and offer suggestions to similar titles. Needless to say, this still remains one of the best Netflix experiences out there. 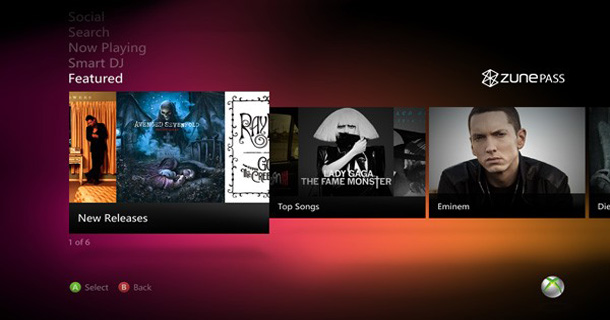 The menu of Zune pass is much more streamlined and of course it works similar to Zune video and most other entertainment panels, as far as navigation is concerned. Search presents you with multiple separate panels for results that updating with each additional letter: artist, song, album, playlist. The artist page sorts songs by album and individual popularity, and even provides bios with hotlinks to other artists, a nice little touch. All the Zune functionality you’d expect is here, including Smart DJ. Pick an artist as a jumping off point and adjust the playlist according to your likes. The program itself works great; whether or not you want to devote your TV to streaming music is entirely your call, but at least the option’s there.

Since I have never used the current option for ESPN on my Xbox I am not sure how much this has changed but there appears to be a lot of change and allowing you to access many programs at once to switch between and also seeing everyone else that is currently watching or just in the same room as you selecting something. Below is a picture of how the dashboard for ESPN3 is: 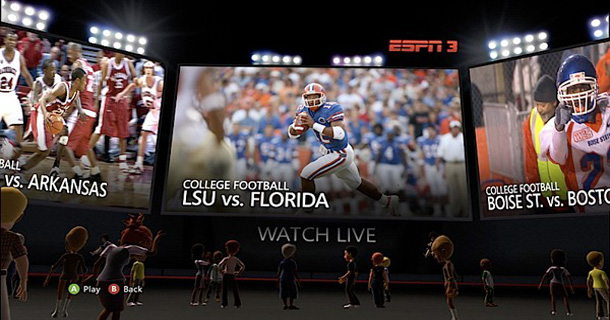 Does it look better to you? let us know! HD live sports streaming can’t get any better then this! 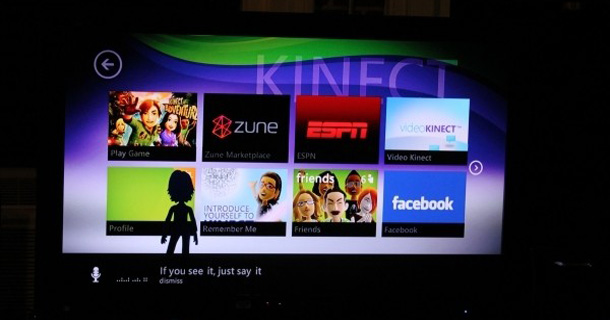 If you’re calibrated to your profile, walking in front of the Kinect camera will automatically sign you in (if no one else is already). Waving your hand will engage the gestures, swiping from one side to the other will navigating through the special panels (so long as you connect the hand cursor to the proper arrow icon ahead of time), and you still have to hover on a panel for multiple seconds to select certain items. That part seemed quicker than before, but it’s still a hassle compared to quickly moving through via a controller. Voice commands are again limited to select options, and it’ll prompt you on what does and doesn’t work. Using your hand to grab and fine-tune where in a video you are is still a nice touch, but really, this is just an alternate method for navigation. Great for novelty’s sake or if you can’t find the remote / are out of batteries.

The new dashboard is an evolution of the New Xbox Experience. Aesthetic revisions and impending Kinect integration, the big takeaway from this update is a vastly improved Netflix and a strong debut for ESPN, which really is going to make some people rethink their cable TV subscription. Sure, it’s mandatory, but don’t worry, it’s pretty much an improvement in every way imaginable 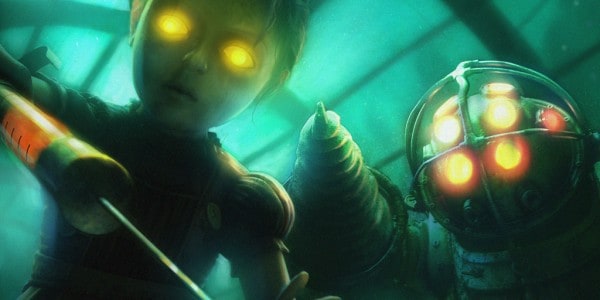