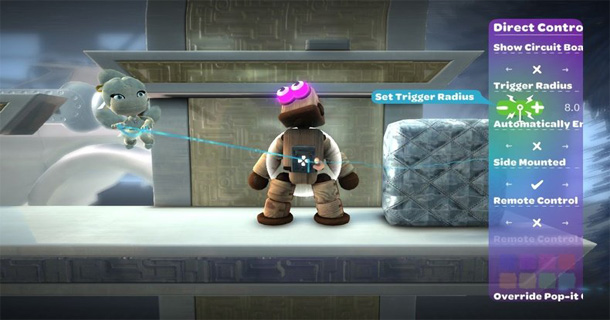 At the  Electronic Entertainment Expo 2010, Sony announced a host of PlayStation Move-compatible titles that would be available by the end of the year. Included on that list was Media Molecule’s Little Big Planet 2, the unexpected follow-up to the studio’s hit PlayStation 3-exclusive platformer and user-generated content platform.

Since that time, Media Molecule has opened up the closed beta-testing window for the game. Despite that progress, though, the game won’t be hitting its projected November release. In a statement on its official site, Media Molecule says it has “taken the hard decision to delay the worldwide release,” pushing the release date back to January 18, 2011. The studio says it needs the extra time to make sure fans get “the best experience imaginable.”

The statement adds: “We’ve agreed to allow ourselves a bit more time to deliver the experience that our great fans and community deserve.” Confirmation of the delay comes after Sony updated its official Japanese site for Little Big Planet 2 to reflect a 2011 launch window for the anticipated platformer.

Were you you looking forward to the game this Fall? Let us know

Well, we’ve all heard the rumors for some time, but …