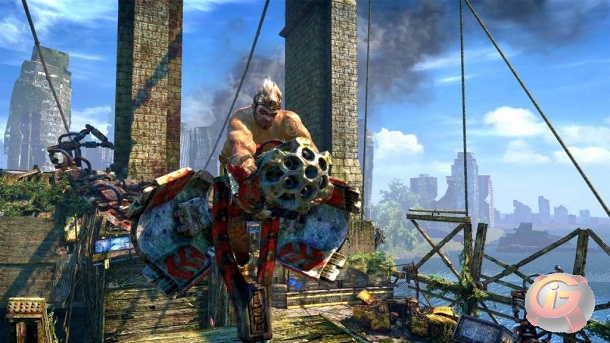 I was lucky enough to get my hands on this game at Comic-Con, though it was for a short period I was able to derive the feel and gameplay of the game. I enjoyed my short experience, and since it didn’t spend much time with it I didn’t have enough content to fill a post. Now the game has a release date and more information has come out, so here it is all laid out for you.

You PlayStation fans probably remember Ninja Theory as the studio that brought you Heavenly Sword, one of the early launch titles for the PS3. Ninja Theory has upped their game with ENSLAVED: Odyssey to the West, with their development focus on merging story-telling and gameplay. Ninja Theory promises “rich narrative, deep and believable characters, some of the best talent in the video game, music and motion picture industries, and a production value that’s second to none.” ENSLAVED combines puzzle-solving, combat and platforming to keep the gameplay varied and interesting.

ENSLAVED: Odyssey to the West takes place 150 years in the future, after several wars have obliterated nearly all of the planet’s population. In this post-apocalyptic future, mysterious slave ships harvest remaining survivors and take them out west, for unknown reasons. You’ll take on the role of Monkey, a loner who has spent his whole life on the run. Monkey finds himself captured by one of the slave ships and uses his brute force to break free from his cell. Meanwhile, he notices a young girl named Trip who uses more refined hacking skills to also break free, though she inadvertently sets the ship on a crash course to New York in the process. Knocked unconscious from the crash, Monkey wakes up to find that Trip has placed a slave headband on Monkey’s head which forces him to obey her and whether he likes it or not; to help her get back home safely.

Ninja Theory team has enlisted the help of Hollywood talent to bring some life to ENSLAVED. Andy Serkis, the man behind Gollum in the Lord of the Rings movie trilogy, helped them with co-directing the performance capture and also acting in the lead role of Monkey. Alex Garland, screenwriter for 28 Days Later, co-wrote the story.

The game looks to be shaping up as a deep and interesting tale of a girl and his monkey, with a title all in caps to capture the attention of many. It was a fun game to play and the graphics look quite crisp so I would certainly recommend you give this game a chance when it hits stores Oct 5th exclusively for the PS3.

Here is a developer video to get more a taste: 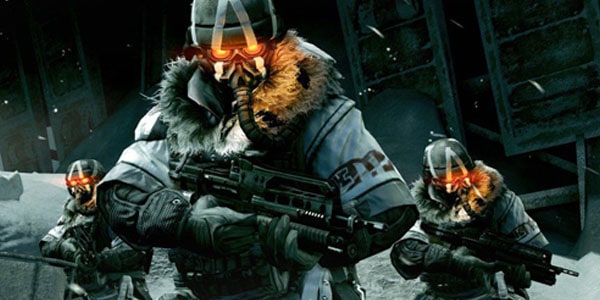