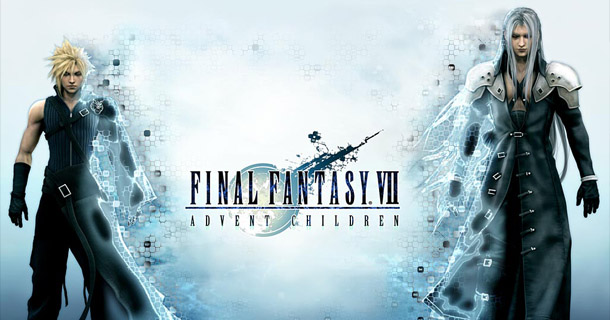 Yesterday I finally finished Crisis Core: Final Fantasy VII. Yeah, I know, I’m a few years late to the party, but considering I’m not a huge fan of FF7 and I already had a sizable back log of games to work through before I got to Crisis Core, I think my tardiness is a little excusable.

Now, some of you will probably want to ask me why I’m not a huge fan of FF7… And the answer is simple really: I have good taste in games. Haha, okay, that’s a little harsh, and I’m only sort of half joking when I say that, but honestly, Final Fantasy 7 isn’t all the great. I mean, it’s not as bad as the haters would have you believe, but it’s also not as good as your average weeaboo says it is, either. Basically, to equate it with another nerdy franchise, FF7 is to the FF series what Gundam Wing is to the Gundam franchise: It was a lot of people’s first exposure to the series (and possibly J-RPGs in general,) so those people tend to hold it in high regard, often ignoring it’s (substantial) flaws. There were better J-RPGs that came out before FF7 and there were better J-RPGs that came out after FF7. Basically, it was a perfectly average game that managed to come out at the right time and with the right marketing budget to secure a sizable audience.

I know it’s trendy or whatever to hate on FF7, especially since the game spawned a fanbase consisting of some of the worst people ever, but trendy or not, some of the flak that the game gets is legit: The characters, for instance, while iconic in appearance, don’t actually have much in the way of personality or character development within the actual story, instead adhering to the usual J-RPG/anime character archetypes that have been used over and over again since the 80′s. The gameplay itself is passable, but the easily broken Materia system drains what little challenge there was out of an already easy game, and outside of introducing the concept of limit breaks, FF7 honestly doesn’t do anything in terms of gameplay or battle mechanics that wasn’t done before (and better) in other games.

Still, the surprisingly well fleshed out world of the game still maintains a certain charm, and while the story and characters were all retreads of cliche’s and plot threads that were familiar to anyone who watched anime or played any other RPG’s beforehand, it was still entertaining enough to warrant a once over. The soundtrack, while not composer Nobuo Uematsu’s best, still had a few stand out tracks, my personal favorite being Jenova’s theme.

Like I said earlier, FF7 was a perfectly passable, average game that came out at the right time and managed to score big in terms of sales. I suppose the best thing about the game was that it proved that the J-RPG was a viable genre in western markets, and for that, I thank Square. However, any positive karma Square earned from doing that was possibly negated by the creation of “The Compilation of Final Fantasy VII,” a series of spin-off products that were mostly terrible — PS2 shooter Dirge of Cerberus was possibly one of the most boring games I have ever played in my life, and the centerpiece of the compilation, a feature film sequel to FF7 entitled Advent Children, was a pretty tech demo that was fun to watch once for the technical spectacle, but fell completely flat in terms of narrative, which simply recycled main character Cloud’s emo self-loathing character arc from the original game.

Now, to get back on topic (finally, I know, that was a hell of a tangent,): Crisis Core: Final Fantasy is another spin-off from The Compilation of Final Fantasy VII line, except this one is a prequel to the events of the first game (instead of taking place after the original game, like Dirge of Cerberus and Advent Children did) and, surprising enough, this one is actually good.

Crisis Core tells the story of Zack Fair, a character who was only seen in flashbacks in the original game but played a pivotal role in it’s events, and the game does a surprisingly good job of fleshing Zack’s character out and explaining why we should care about him. While FF7′s characters were famous for being morose, self-absorbed pretty boys, Zack is out going, cheerful, and actually genuinely likable, meaning that he is more or less the complete opposite of FF7′s Cloud. Crisis Core also does a commendable job in fleshing out the events leading up to FF7, especially regarding Sephiroth, the original game’s antagonist, who was portrayed in the original game as a man who was originally a good guy but snapped after finding out the truth about his origins. In Crisis Core, his personality is a little more developed, and his turn to evil happens a little more gradually, lending what was previously a completely one-dimensional character a little more pathos.

The one area where the narrative stumbles is the introduction of a new antagonist, the Gackt inspired, poetry reciting pretty boy Genesis, who doesn’t really add much to the overarching FF7 storyline, and simply seems to exist to provide the game with a big, end-game boss fight. Hell, there are points in the game when I simply forgot that he was still alive, and his addition to the series’ cast simply seems like a thinly veiled excuse for Square to have another character to produce action figures and other merch of.

Still, as pointless as the existence of Genesis is, the story is, for the most part, one of the better aspects of the game. Where as both Dirge of Cerberus and Advent Children both felt like they were grasping at excuses for trying to extend the storyline of the original FF7, which was originally intended to be a one off, self-contained story in itself that never really needed a continuation, Crisis Core benefits greatly from being a prequel: it fleshes out the world of FF7 and further explains the events that led up to the beginning of the original game without resorting to cheap retcons or feeling forced like previous FF7 spin-offs.

As for the gameplay, Crisis Core, despite being an action RPG instead of a turn based game, shares many of the same flaws as the game it was spun off of; namely, the combat in this game is way too easy. While the basic mechanics of the combat are fine (doing combos, dodging attacks,) the enemies don’t really put up much of fight, so most of the random encounters you fight through don’t require much effort beyond mashing the attack button. Thankfully, most of the boss fights require a little more effort, and that’s where the game’s combat mechanics really shine, thanks in part to an improved materia system.

In FF7, the materia system allowed you to customize your characters by equipping them with spells, skills, and stat buffs. It created a degree of customization that was missing from earlier Final Fantasy games, but also eliminated the uniqueness of each character in your party; outside of Limit Breaks, pretty much every character in FF7 was interchangable and defined solely by whatever materia you equipped them with. In addition to that, the materia system was easily broken as well, as players could easily find materia that would let them breeze through most of the game by spamming a certain spell or basic attack.

Crisis Core fixes this in some part because you only have one character with which to equip Materia to, and the special abilities that they grant are far less broken than they were in FF7. In addition to that, materia can be fused to create new skills, lending the game the same sort of addictive quality that came out of customizing the skill trees of a Diablo II character, allowing you to customize Zack to suit your play style, and lending the combat a fair bit of depth. While the fights will still remain easy, the customization provided by the Materia system at least ensures you’ll have a healthy mix of attacks to experiment with that helps to keep the battles from getting too boring.

As far as visuals go, Crisis Core is still one of the better looking PSP games out there, with graphics that are more or less on par with Final Fantasy X on the PS2. Environments are small, but detailed, and while I loathe most of character designer Tetsuya Nomura’s work, Crisis Core’s character designs are thankfully inspired by the more restrained, minimalistic, tasteful designs of Nomura’s earlier works, before he decided to grow crazy with belts and zippers and pretend that he was a fashion designer. The pre-rendered, CG cutscenes in the game are also as impressive as the original Final Fantasy 7′s once were, with a similar quality to the Advent Children feature film.

Aurally, Crisis Core maintains the franchise’s reputation for beautiful, orchestrated music, and while it’s capped off a bland J-Pop ballad like most modern Square games, the soundtrack has a rustic melancholy, restrained feel to it that suits the tone of the game perfectly. Anyone whose played FF7 knows how this prequel will end, and the soundtrack does a good job of expressing that feeling.

All in all, Crisis Core is a good portable RPG that possesses a level of narrative tact and overall quality that other products with “Final Fantasy 7″ in the name have lacked. While the entire Compilation of Final Fantasy VII project will probably be remembered as a shameless cash grab by Square Enix, Crisis Core shouldn’t be a grouped in with it’s half-assed brethren, as while it has its flaws, it’s a worthwhile product all on it’s own. 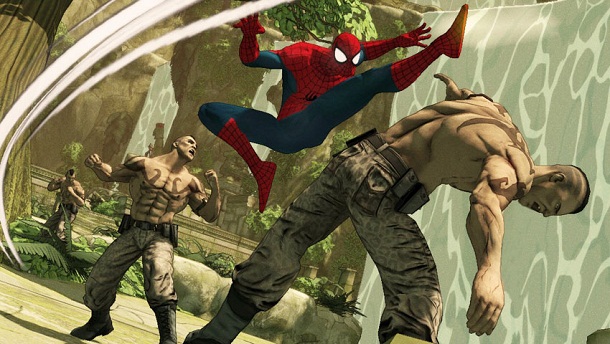 The newest dimension of Spider-Man is upon us, the Shattered …