The game Little Big Planet was released on October 28th, 2008. The game trailers prior to the release date didn’t exactly give much information as to what the game was about. The trailers showed an epic looking, little customized sack doll journeying though different themed levels. They also showed how certain things in the levels were built and that your character is fully customizable. In other words this game had to be great.

After the game was released, the creators, Media Molecule showed the world just how good this game really was. This game was absolutely amazing! People really took advantage of the fact that they can make awesome levels and share them with the rest of the PS3 network. The original game came with only 50 levels on it. The people of the world showed just how creative they are and now there are over 2 million levels online.

Even though this game may look childish, it’s really for all ages. The point of the game is for your “sack person” to complete the levels and collect all the prize bubbles. The prize bubbles can have many different things inside them including points, stickers, materials for the level creator, and clothing for your sack person. This game gives creative people a way to play around with the customization features. You can experiment with explosives, make mini games inside of levels and create machines that can do just about anything. A level is based around a specific theme, in the main game there are many themes, one being “The Metropolis”. In the metropolis levels you get to jump from one subway to another, explore a sewer, and even swing around beams in a construction site.

The game might seem complicated but it really is simple. It would be easy to whip though the game in less than 10 hours, but then you would be missing out of the fun finding all the prize bubbles. Most of the controls are also very simple and easy to get used to. There are 3 levels for your guy to walk on, the background, middle area and foreground. This can take awhile to get a hold of and sometimes your character will switch layers on its own without warning, which can really be annoying especially if it leads to your death.

To expand on your LBP experience, you can play in multiplayer mode with your friends or online with other PS3 users. You can even try to make a level of your own. To make a good level, it will be very time consuming but rewarding in the end. There are various components used in level making which are found in prize bubbles. Glass, metal, sponge and cardboard are examples of materials and they all have their own properties. Some other tools used in making a level are buttons, string, pistons, magnets, elastic, and springs.

Little Big Planet won over 80 awards including 15 Game of the Year Awards. Overall I would rate this LBP a 9.9 and is definitely a “must play” game. Since it is only available on the PlayStation, it would totally be worth getting a PS3 just to experience the awesomeness it has to offer. The reason it isn’t a perfect 10 is mostly because the 3 layers to a level needed to be easier to navigate thought at times and that is why there will be a bigger and better Little Big Planet 2! There is a lot to comment about on this game simply because it’s massive. I love the fact that there are levels that are user created, with themes from different games and movies and well… almost every theme imaginable. Little big planet 2 is set to hit shelves in January 2011. Now to everyone who hasn’t played this game yet, go take a shot at it, and I hope your experience is as legendary as mine! 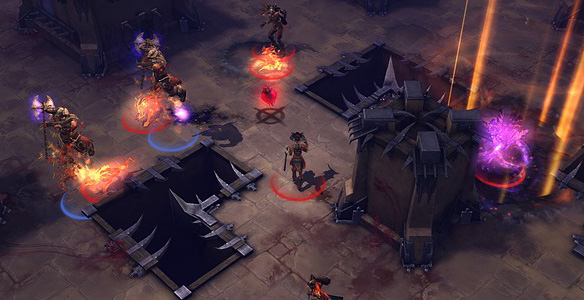 During my visit to Anaheim last weekend for the 6th …