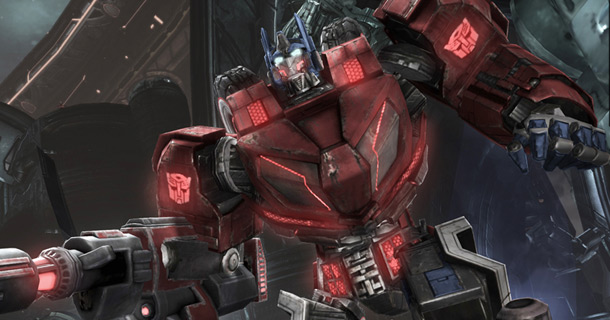 Transformers: War for Cybertron caught many of us gamers by surprise this summer. Our beloved childhood franchise finally got an excellent modern shooter companion, turns out a 3rd person shooter on the Unreal Engine, mixed with some Transformers makes a great game.

Upon release this title was already pretty flushed out for gameplay on all fronts, multiplayer was covered, horde was covered, and two complete campaigns from both the Decepticons and the Autobots, this game is epic and long.

Like any modern shooter though, what’s on the disc isn’t enough to last forever. High Moon Studios have announced that 5 new characters, and 4 new multiplayer maps will be available next week for download for both Xbox Live and Playstation Network.

If you have not played this game yet, I encourage you to try it this weekend to see if the DLC will be worth the buy. Out of the case this title already has plenty to offer, and this is truly a transformers game done right, when great franchises aren’t tied to movie deadlines good things can happen. Below is the Map Packs trailer, be sure to check it out and this DLC is available on the 27th.